Earlier this month we were treated to a nice visit from my daughter Emily and her family.  They were on a trip from Iowa and we were also able to visit with Emily’s husband Jay and their children Gianna and Brisbane.  The children hardly noticed City Boy and I were there, because they and our dog Lucy zeroed-in on each other from minute one.

Gianna and Lucy entertained each other for a while. 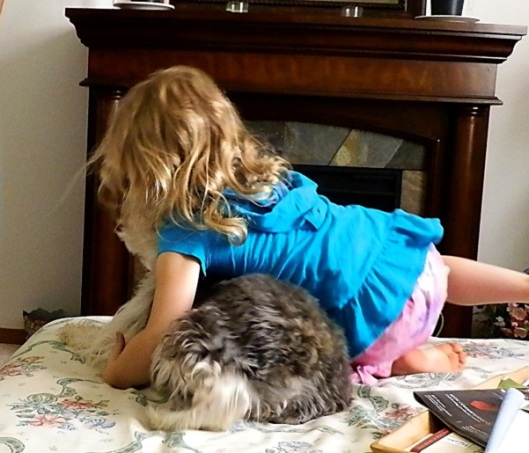 Even though it looks as though Gianna is tackling Lucy in this picture, she was actually giving her a friendly hug.

After Gianna wore herself out with Lucy, she went in to where City Boy was finishing up some work and decided to chat with him for a while. 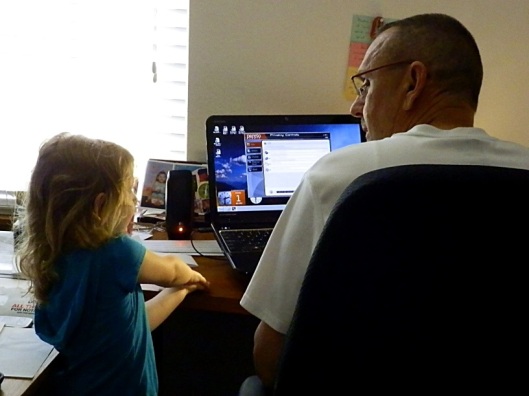 And now it was Brisbane’s turn for Lucy’s attention… 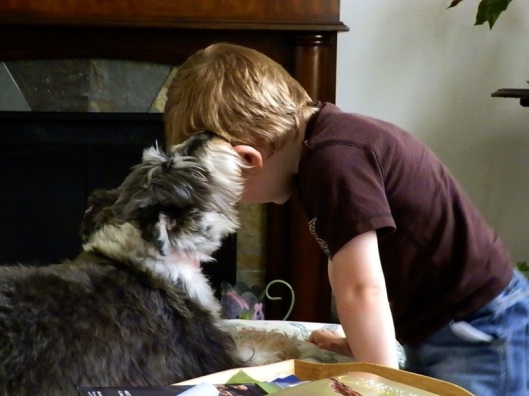 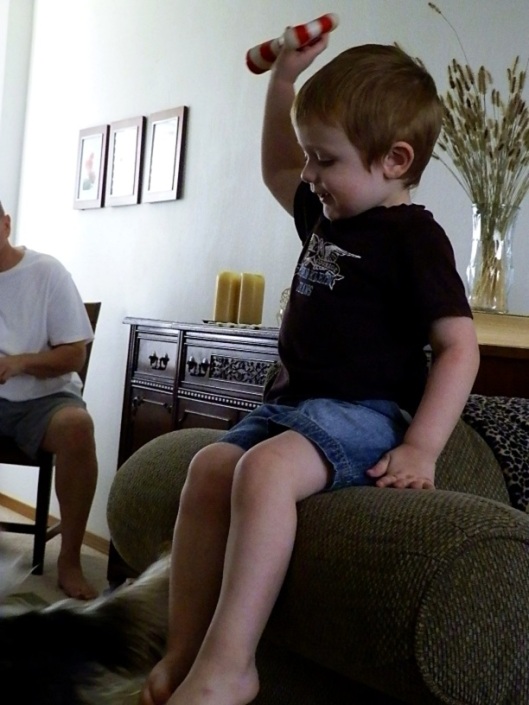 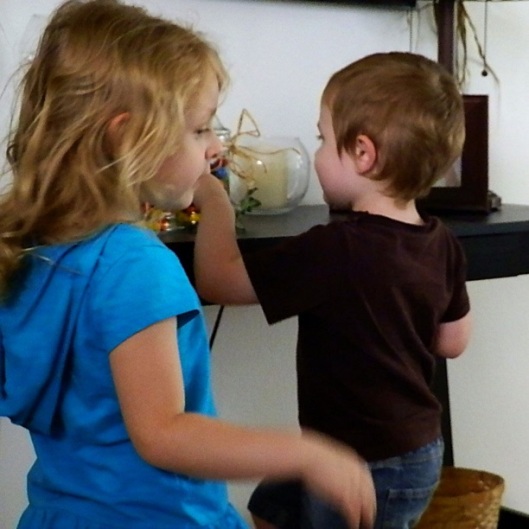 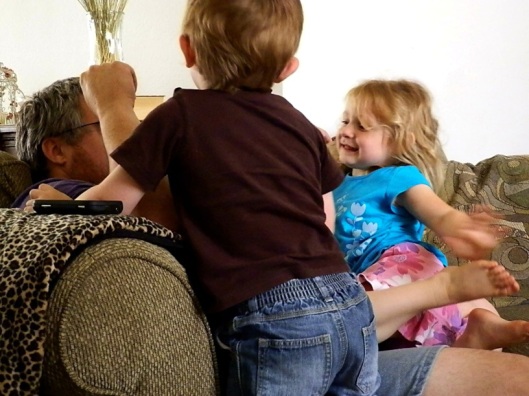 “Lucy has some fun noisy toys!”

We always enjoy our visits with Emily, Jay, Gianna and Brisbane, and always hate to see them leave when they head home.  Seems like it’s a little too quiet afterwards!  We’re looking forward to seeing them again next time they are down this way.

The weekend is fast approaching, so everybody out there plan on having a fabulous one!